Ethernet Switch, how does it work?

If you aren’t familiar with OSI model, I suggest to read https://en.wikipedia.org/wiki/OSI_model

Ethernet switches operate at OSI layer 2, an ethernet switch keeps a Look-up table that contains an entry (L2 or MAC addresses) associated with an output (Output physical port), each frame with its destination L2 address is then switched to the corresponding port.

Some years ago I published a diagram about MPLS trying to explain how it works in a simple way.

This diagram was in French so now here an English version, I added some MPLS table as example, It may be useful. 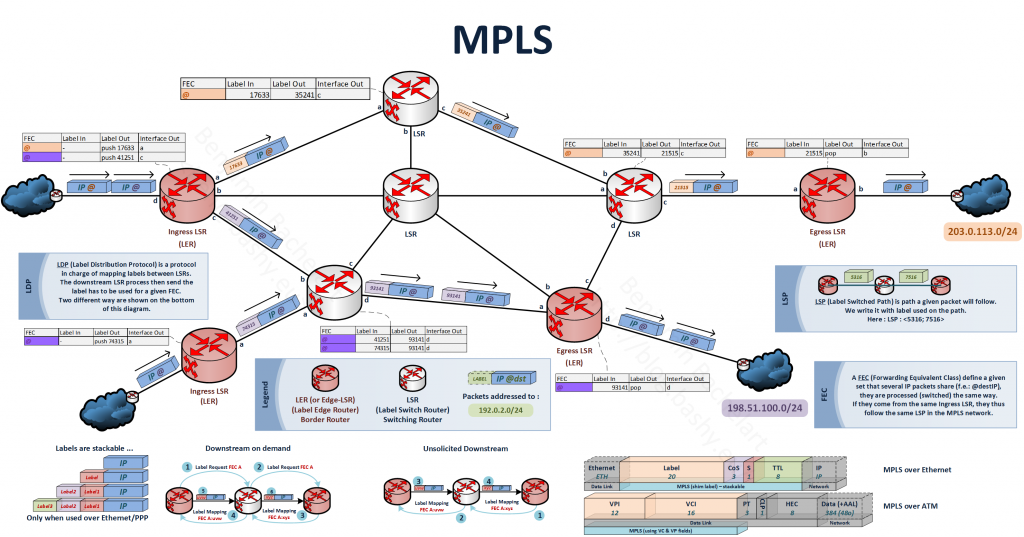 Case of MPLS several shim label is though not shown nor explained in this diagram. 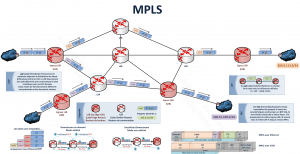 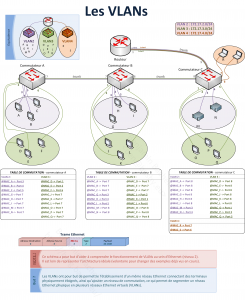